Ballina Golf Club’s lush fairways and well-appointed clubhouse are a world away from the club’s humble beginnings.

The game in Ballina had its origins on June 6, 1908, when the then Mayor of Ballina, Ald Ewan McKinnon, chaired a meeting where it was decided that Ballina Golf Club be formed.

The first course was nine holes and was situated on land east of Owen Street, now the site of the Kingsford Smith Park cricket and netball fields. The first clubhouse was the president’s nearby boatshed, later replaced by the construction of a 6m by 4m building in 1910.

Twenty-one gentlemen and six ladies took part in the first competition, held on the links course on July 7, 1908. R L Andrewes, playing off a nine handicap for the nine holes, returned nett 41 to be the men’s winner. Mrs A R Best, playing off five, had a nett 66 to win the ladies competition.

Golf wasn’t the only activity the Owen Street land was used for in those early days. Stock was grazed there, and it also served as the town’s aerodrome.

Interest in the game waned during World War II, although golf was still played on the Owen Street course. However, the club went into recess and it was not until 1947 that a general meeting was held at Ballina Public School with the intention of reforming the Ballina Golf Club.\

That meeting also decided to pursue the option of finding land for a new course, with East Ballina the preferred site.

In 1951 the push for the new course gathered momentum. A small band of enthusiasts headed by Ray O’Neill and Ernie McDougall had begun work on a parcel of Crown land adjacent to Cronulla Street.

There were delays in reforming the club, but in 1956, Ken Sharpe and John Hajjar organised another meeting for May 25, where it was moved by Jim Sims and seconded by Jack Wiggs that ‘the Ballina Golf Club be reformed’.

Golf was played on the nine-hole course until, in 1967, the club bought adjoining land with the intention of expanding to 18 holes. In the same year the Education Department advised that it was resuming part of the course, which meant the loss of three of the original nine holes. The resumed land was destined to become the site of the first school in East Ballina.

The club then modified its expansion plan to build 12 holes in the new area, retaining six holes in the old area.

In August 1973, a contract for the construction of a new clubhouse was awarded to Bennett’s Constructions. The contract price was $240,000. The new clubhouse opened for business on October 28, 1974.

Ballina Golf Club has continued to make further improvements to the course, and today it is one of the most picturesque and popular courses on the Northern Rivers. The club celebrated its centenary in 2008. 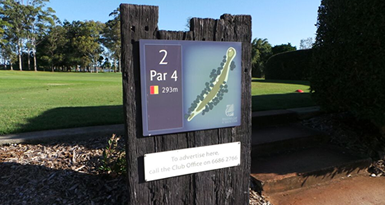 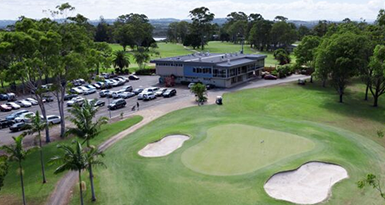 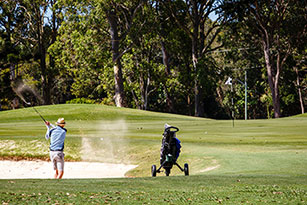 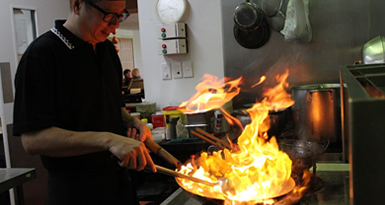 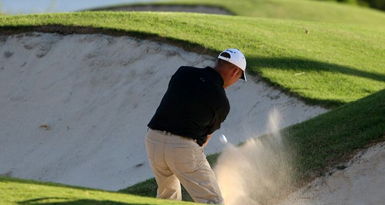 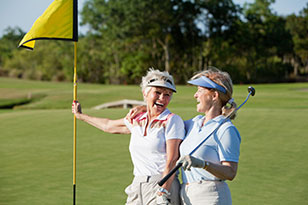